Resources in the Local History Room

Architects
The Local History Room has some information on local architects in the files under ARCHITECTS or ARCHITECTURE. Some of the architects covered include George W. Maher, Elisaa Morgante, Fred Wilson, Myron Goldsmith, and Marion Mahony Griffin.


Contains photos and descriptions of eight architecturally significant houses in Wilmette in addition to those featured in Evanston, Winnetka, Kenilworth, Highland Park, Glencoe, Highwood, Fort Sheridan, Lake Forest, and Lake Bluff. At the end of the book is a bibliography of books about architecture in the area.


Organized by county, and then by town, the book consists of thirty-five walking tours from one historic house to the next in each of thirty-five towns. The walk in Wilmette includes twenty-four houses in east Wilmette primarily along Lake and Forest Avenues (pp.535-547). Kenilworth sites are located along Kenilworth and Melrose Avenues (pp.551-564). Some photographs are included.


A survey conducted for the Village of Wilmette that documented all of the structures and sites in the Indian Hill Estates and Environs survey area. Includes historical context, information about architects, typical design concepts for the subdivision, and a survey summary.


A survey of historic homes, conducted by the Illinois Historic Structures Survey. Includes information about each house including address, type of structure, name of original owner (if known), date of construction (if known), and architect (if known).


Highlights some of the historic homes in Wilmette and the North Shore that were built between 1890-1940. Includes photographs and descriptions of each house.

House History Files
Newspaper clippings, magazine articles, and other miscellaneous information about local houses are organized by address in our “House” binders, kept in the Local History Room. You may also find house-walk programs that detail the history of some of the older homes in the village. Occasionally these articles include photos, floorplans, or descriptions of the homes.

Maps
Maps show changes in street names and zoning, and the Sanborn maps may show the outline shape of the house itself. Learn more about maps in the collection.


The library owns one copy of the Sanborn insurance maps covering the Wilmette area. This volume is the 1914 edition, with additions through June 1936. The volume includes Wilmette locations east of Ridge Ave.; Kenilworth; Winnetka; Chicago locations south of Howard Ave., east of Western Ave., north of Devon. The volume cannot be photocopied due to the size and fragility of the volume.


This series of books contains maps showing zoning and value of land in each area. The library owns only 1991 and 1994, but earlier volumes can be found at other area libraries. Use this series to document changes in street names, zoning, development and the value of land at the time.


Clear view maps compiled and furnished by Sidwell Studio. Use these maps to establish subdivision name, block and lot numbers, and approximate measurements of the lot.


Newspapers
If you know the year or approximate year of the building, you may find a story about its construction or its owners in the newspaper of the time. Local newspapers may also record property sales, including historical sale prices and owners, or real estate listings.

Search in the newspaper by address or by the legal property description. For homes built between 1935-1940, search the annual real estate issues of the Wilmette Life in January of those years. The library has local newspapers dating back to 1890 on microfilm or in digital format, depending on the time period, and some older papers have been indexed. Learn more about local newspapers at the Wilmette Public Library.

Photographs
Photographs can be useful for documenting changes in a house's appearance over the years. The library has some photographs of local houses. Most of the photographs have been digitized and are available on this website.

Tax lists
Cook County real property assessments for New Trier Township are published periodically in the Wilmette Life. The lists are organized by address and provide the owner’s name in addition to the value of the property. Paper copies of recent lists are kept at the Reference Desk, and older issues can be found in the microfilmed Wilmette Life. Miscellaneous tax lists, primarily from the 1930’s, are also available in the Vertical Files, located in the Local History Room. 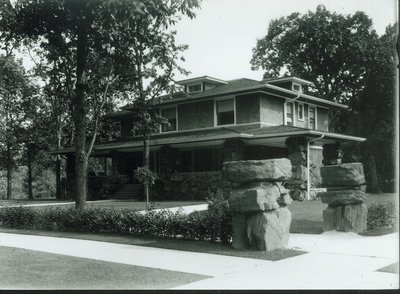 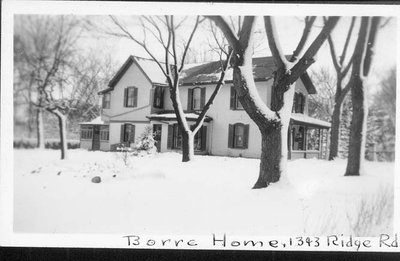 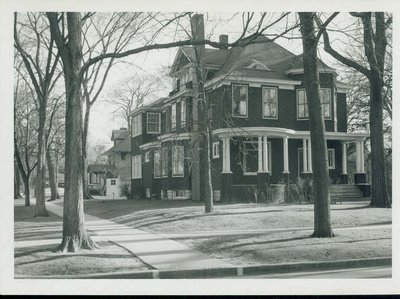 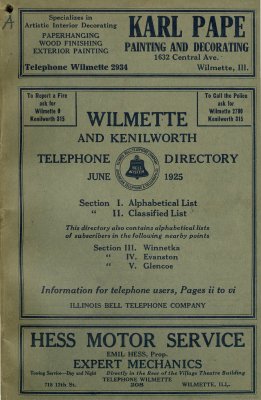 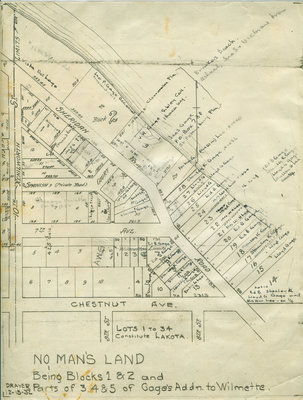 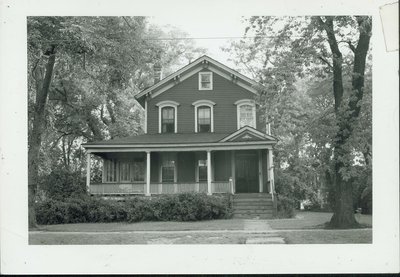 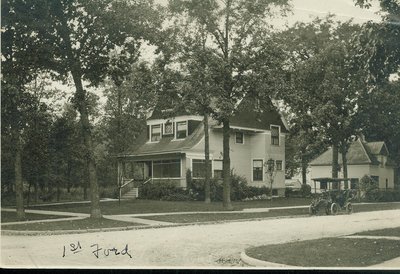 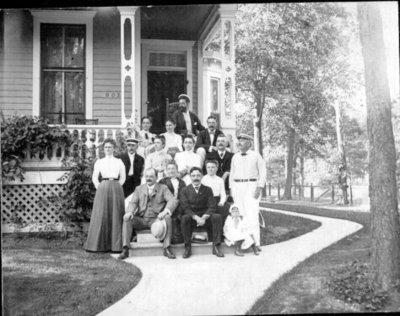