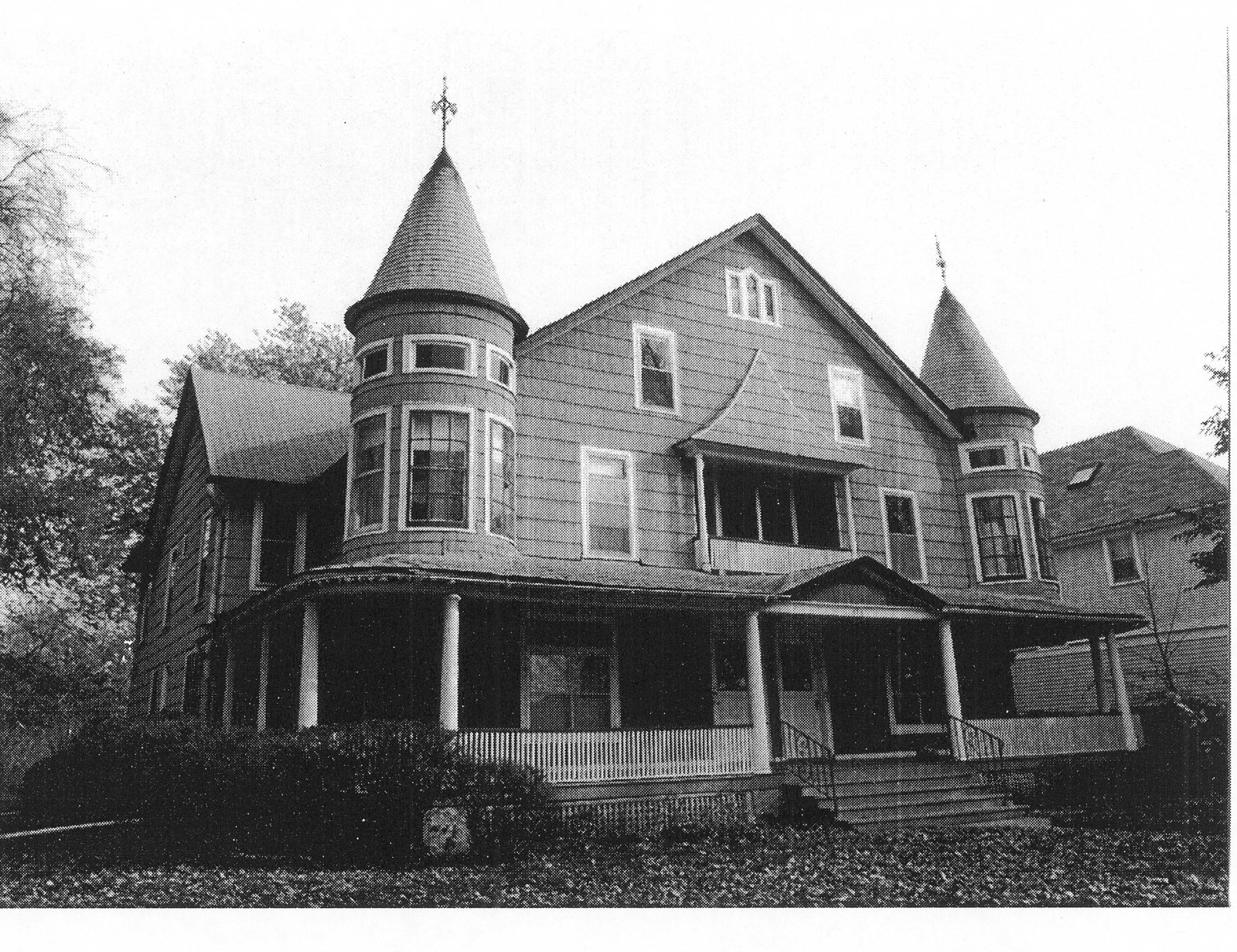 Holmes built only one house in Wilmette, at what was then 38 N. John Street between Lake and Central. A Queen Anne duplex with turrets flanking a central porch, the Holmes house was originally painted dark red. This photograph, courtesy of the Wilmette Historical Museum, shows what the house looked like in 1990.
One hundred years before, when Holmes was executed for his crimes, the house was besieged by reporters, and there was talk among the neighbors about unsavory goings-on. Life-long Wilmette resident, Esther Dunshee Bower, in a 1947 interview, speculated that even the wood used to build Holmes’ house had been stolen from a construction site across the street where Mrs. Gates house was going up.

Holmes’ house isn’t there any more. The building was torn down in 1997, and townhouses were built on the lot. Even its address has vanished! John St. was renamed Eleventh St. at some point, and the house took on a new identity as an apartment building known locally as The Wilmette Inn with an address of 726 11th St. Classified advertisements for apartments in the building appeared in the local paper. By the mid-1920s the building seems to have lost its notoriety and was a perfectly respectable address.
Main Menu
Powered by / Alimenté par