Blessed with a strong constitution and good luck he suffered only one serious injury in spite of traveling over 13,000 miles during his service, marching on foot about 1/4 of that distance and taking part in four battles and thirteen skirmishes. It was at Morganza Bend, Louisiana, that he was surprised by the enemy while saddling a horse. He received a kick from the animal when it was shot, and was captured. The injury rendered him lame so he was assigned to an ambulance to help care for the wounded. During the night a Union ambulance arrived under cover of a flag of truce to claim the wounded. Because of his injury he was taken in the wagon to the Union camp. The horse kick was a lucky one for Jacobs as most of his comrades captured that day were kept prisoners for eighteen months. Many were starved and died.

Barely twenty years old when the Civil War ended in 1865 he arrived in Downer's Grove, Illinois, and engaged in raising thoroughbred horses and cattle.

On September 14, 1869 he married Julia Flora Hudson in Winnebago, Illinois. The couple had one adopted daughter, Edith Wilson Jacobs, born in Kentucky in 1886.

In the fall of 1871, immediately after the Great Chicago Fire, he moved to Chicago to work on preparations for rebuilding the burned city. Jacobs was a man of high energy and many interests with a business career that included buying old iron for an eastern foundry, engaging in the grocery trade in Chicago, working at the the "Panhandle" Railroad, at Crown Point Indiana, and raising stock on a farm in Franklin County, Iowa. He returned to Chicago in 1887 to work with a commission firm in the butter trade.

In 1894 F. I. Jacobs moved to Wilmette and built a house at what is now 1024 11th [Eleventh] St. He was active in the GAR, the Grand Army of the Republic, an organization for Civil War Veterans, and attended a reunion of soldiers in 1898 at Grays Lake.

Julia Jacobs, his wife of over 30 years, died in Wilmette on 3 December 1902 when she was 60 years old. F. I. Jacobs married his second wife, Mary Peterson, sometime between 1903 and 1906. Mary was born in Norway, and was almost 20 years younger than her husband. By the time of the 1910 Census Francis and Mary Jacobs had moved to a house close to the Library at 524 West Ave. [now known as Park Ave.] in Wilmette.

Mr. and Mrs. Jacobs left Wilmette and moved to California on 9 May 1914 according to an announcement in the Lake Shore News. Francis died in Los Angeles California on 4 December 1919. Mary lived there until her death 9 January 1943. 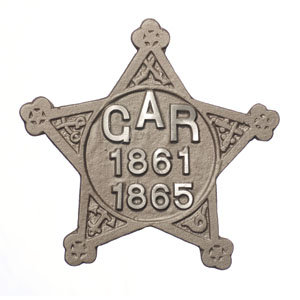 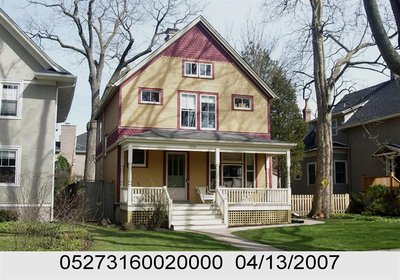 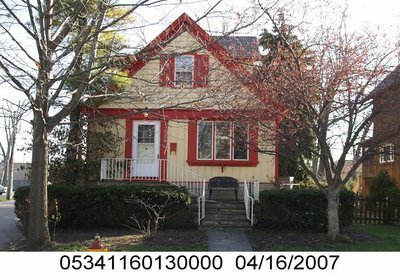